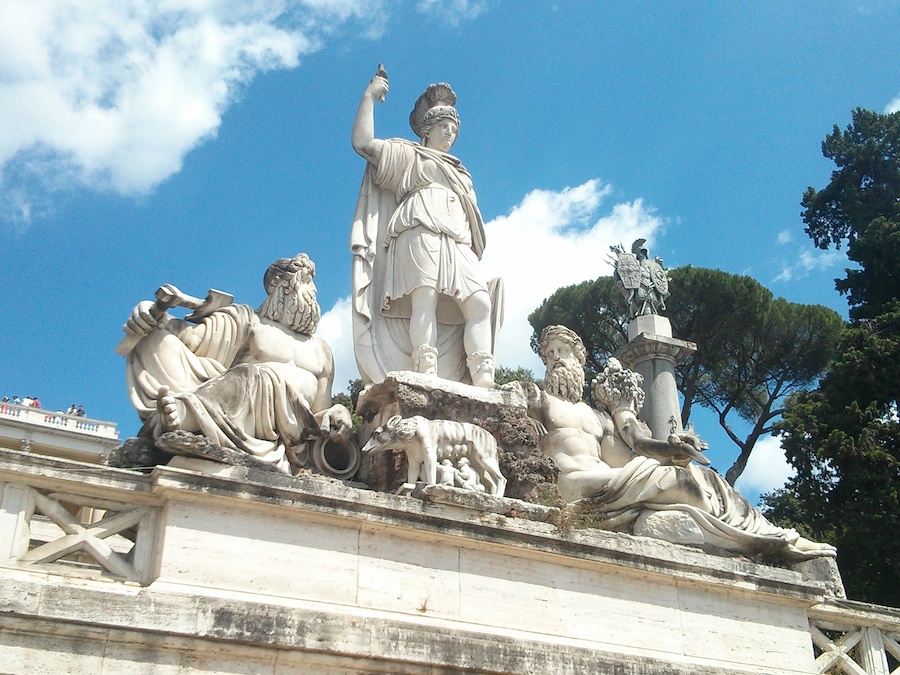 When I learned that my uncle and his family would be in Rome I looked at my schedule to see if I could make seeing them work. It turned out it fit perfectly! The last time I saw them was in London while they were doing their 2013 summer trip and I was on my Belgian Grand Prix vacation. My aunt and uncle are well versed in the world of business so we had many evenings discussing what I’ve learned from the economics courses and floating ideas of what’s next for my life. Of course I got to catch up with my cousins too. Can’t believe how quickly they are growing up (I won’t mention that I remember seeing them in diapers to avoid their embarassment). They had rented a flat near the Spanish Steps which made it easy for me to cram in a bunch of sight-seeing in a short amount of time.

Touring Rome is pretty easy because all you have to do is step outside. Even on my first walk I stumbled across many interersting sites. I did a couple free walking tours, but they weren’t organized by Sandeman and weren’t nearly the same quality. Still, it was good to have a guided walk to the Colloseum and to the Vatican. My favourite place was the Hallway of Maps in the Vatican Museum. Ever since I was a kid, I’ve always loved looking at maps. On roadtrips I would be the navigator, and my favourite thing about Ultima VII is the cloth map that was packaged with the game 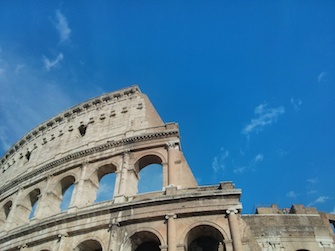 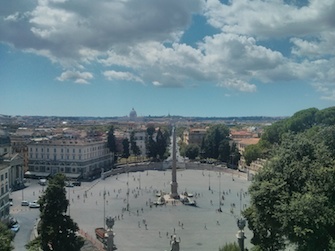 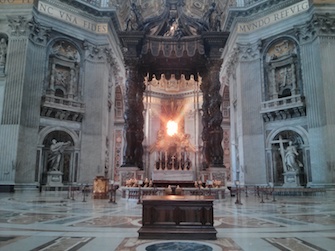 As beautiful as Rome was, I knew my time as a tourist was ending. I was at the point where I didn’t want to elbow my way through tourists anymore. Nor was I as interested as I was before in exploring musuems and historical places. The brain can only hold so much. One thing I enjoyed immensely were the flavour of the tomatoes! Every meal I had I was sure to have tomatoes as a part of it.

Watching Time Go By in Switzerland 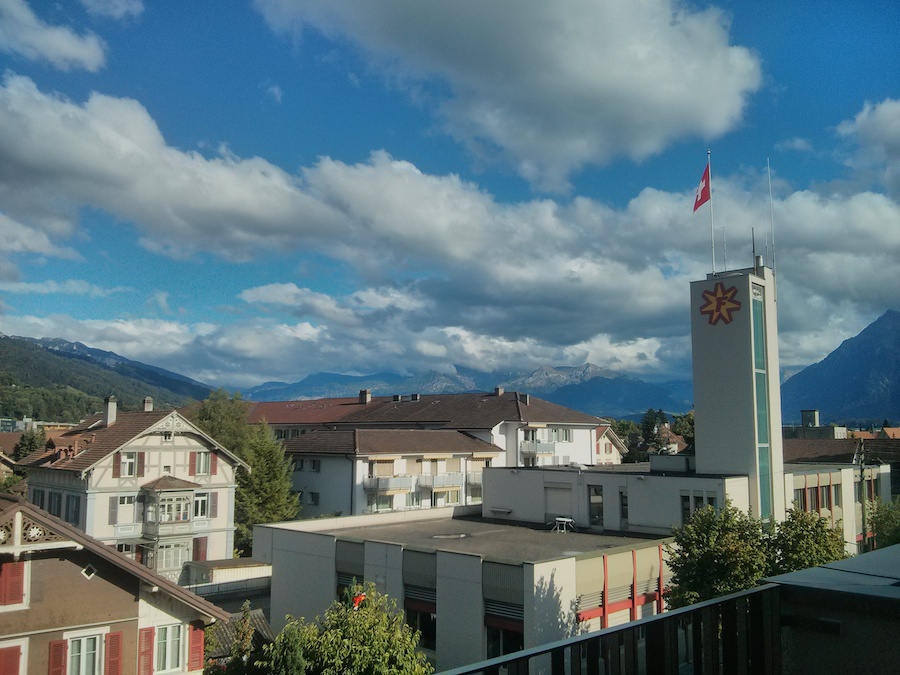 The other part that made Rome convenient was that I could travel to Switzerland to meet up with fellow ex-ThoughtWork Marc Hofer, who I worked with in India in ThoughtWorks University (TWU), and who’s balcony view is displayed above. He had a 1L bottle of scotch ready (we numbed our heads with scotch nearly every evening during TWU). Thankfully he was generous enough to give me a couch for as long as I needed one. I ended up spending 10 days in beautiful Thun!

Over the those days I did the following: 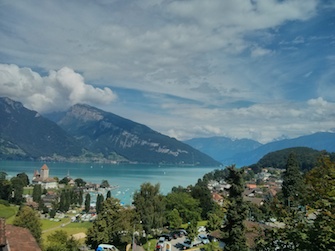 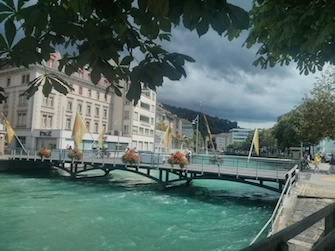 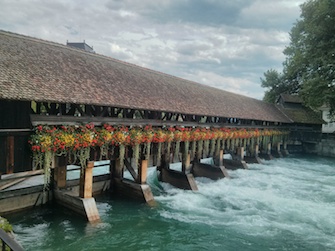 Since I was in the land of clocks I was hoping to purchase a watch there. Something to be a symbol of taking time to enjoy life (a principle of my career break) and something to keep me from looking at my phone for the time. I was inspired by the intricate work that goes into making a watch and thought having one on my wrist would remind me to take pride in my work and take the necessary time to do it well. Unfortunately all the watch stores were posh and displayed ideas around prestige and fashion more than engineering. It switched off my idea of purchasing a watch for now. 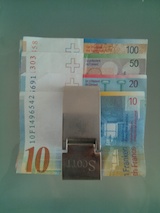 It was hard to leave Switzerland because I was growing comfortable there. The people were friendly and forgiving of my inability to speak any of the 4 official languages. Then again, paying over $30 (0.3 Days) was quickly draining my money reserves. At least the best part of Switzerland is free; the scenery. Oh, and I also like how the currency folded nicely in my money clip. The notes are sized in such a way that the denomination of the note aligns in such a way that you can see all of your notes when folded! I can’t say how many times I’ve had a roll of US notes and found that they were all $1 bills and I only had a total of $30 on me.

Composing my Thoughts in Vienna 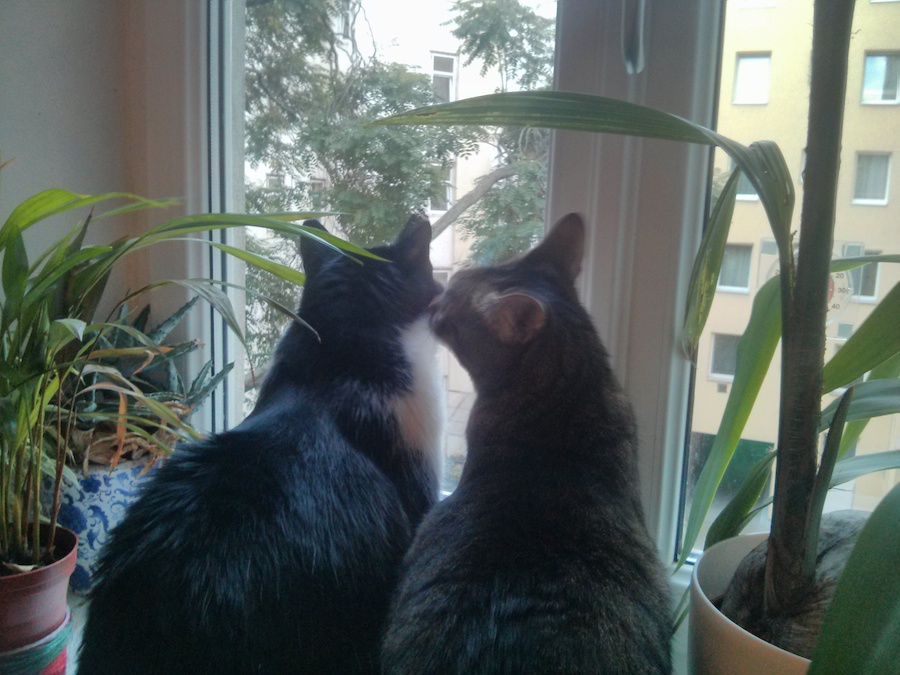 The next leg of my journey is a long train trip to L’viv, Ukraine. I decided to break up the trip with a stop in Vienna for a couple days. With only a couple days I had to pack in the sight-seeing. This was made easier with me being museumed-out so I was mostly checking things out from the outside. To make things easy, I found a great location with a host with a couple cats (pictured above).

My first day was spent checking out the two largest palaces in Vienna. The highlight was a stop at a brewery just outside the Belvedere palace. The service was great, the food yummy, and every beer tasty. After 1.5L of beer I was set for Schönbrunn palace. I took the metro there and climb up the hill to Gloriette and had a little nap on the grass there. 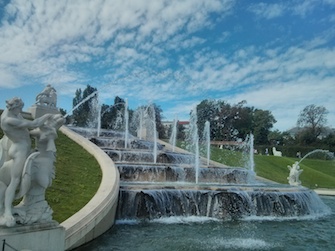 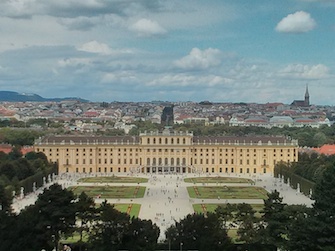 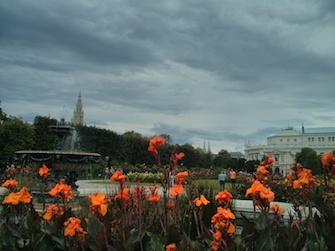 The next day I used a city bike rental. I’m glad I did because I saw a very different Vienna. First stop was to checkout the Hundertwasserhaus. It was so interesting and pretty that I wondered why beautiful buildings like it had to be the exception to the rule. His website is full of interesting ideas. His 5-skins concept is one I find myself conflicted about. I wonder what it would have been like to have him and Gene Roddenberry had a conversation.

I then went through Prater which was a scary amusement park. The weather was a bit gloomy and there were some giant clown shaped buildings that made me think of the book IT.

Since I was on a bike I could cover a bit more distance so I went towards the bridge and crossed North to Donaucity. It was like riding into a dystopian story! The streets were stark and there was a cold feeling to the area. I rode away to the nearby park and found it odd to see such a large expanse of greenery vacant on a Saturday afternoon. It reminded me again that big design up front for cities does not work. What you end up with is something functional but complete devoid of any human feel. After riding back to the center I parked the bike at another area and checked out another brewery. I think I went there during shift change because it took a long time to get the attention of a waitress. The beer and the currywurst was really good, but the poor service at the obnoxious sounding Australian behind me (probably was just my mood) was wearing me down and I took the metro back to the apartment and hung out in the flat with Roman and his cats. 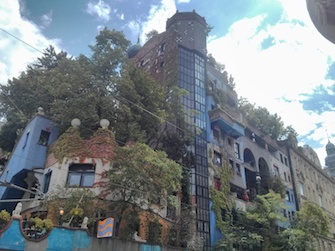 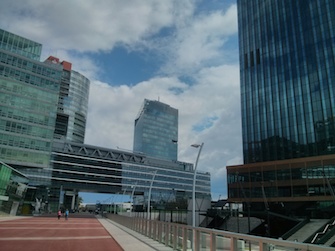 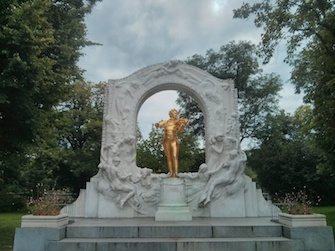 After one more sleep it’s time for me to leave Vienna and head to L’viv, Ukraine!