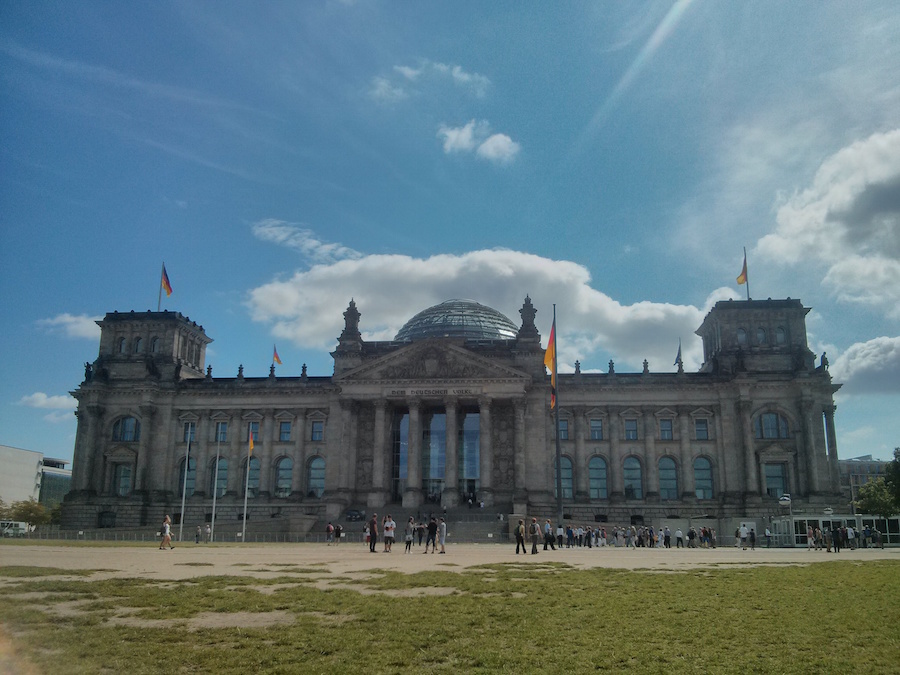 I can’t say exactly when the job search began. It began with the creation of a Note in Evernote (great tool for this type of task). It was much different than any other job search I’ve done, though I haven’t done many as I tend to stick to job for at least 4 years at a time. The key difference with this search was that I wasn’t working, and wasn’t in a hurry to find a job. This allowed me to stick to some rules and a manifesto:

- Being open to being located anywhere I’ve been before, and know at least someone there
- Someone I know and respect must have worked there or works there now
- The company must have cloud in the name ;-)

Those set me up much better to see if the company was a fit for me. It remains to be seen, but I think that being open about my job search, my principals, and not being in a rush will result in a much better mutual partnership. It was a zero stress endevour and I wish more people had the same privilege to be more precise about the work they apply for.

After several months I interviewed with a handful of companies, but eventually I narrowed it down.

Then There Were Two 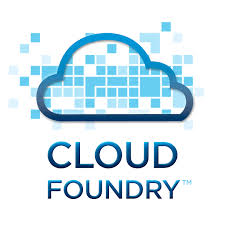 Cloud Foundry – Creators of an open source PaaS software that allows for companies to create their own Heroku. I’m not too familiar with the details of the product. It’s not like you take a piece of PaaS enabling software for a test drive every day. Despite not being knowledgable about their product, my desire to work with them grew as a result of their fantastic interview process.

Every interview required pairing and coding. For me, this delivered a clear idea on how they work and that they prefered a show me don’t tell me approach to interviewing (which I think is awesome). The first pairing exercise was pretty simple and I was the navigator. As remote pairing exercises go, this was great. Because I wasn’t driving, I wasn’t self-conscious about my IDE skills or typing. David, who interviewed me, was clearly prepared and made the interview smooth and fun.

The other two interviews were both roughly around 3 hours long. I was pairing with someone on some small code change they were assigned to do. Both of them were with code and libraries I wasn’t familiar with (go lang, anguluarJS), but I was amazed at how much that didn’t seem to matter. I asked questions, got the gist of what they were trying to do, and did my best to keep iterating forward as much as possible given my knowledge constraints. The pairs were fun to work with and I appreciated how they were able to slow down to my level to include me in the process of solving the issue. I’ve learned a lot on how to conduct an interview from this process.

I came away really feeling like these were people I would love to work with. More than that, I loved their discipline in XP practices. Working with Cloud Foundry, I could become an expert in this field. They also respected employees work/life balance and that’s crucial for me.

The job would be located in San Francisco, and the pay would reflect that, though the cost of living would offset it. It’s a city I’ve lived in before and enjoyed. I have a lot of friends there and would be immersed in beer culture. My role would be a developer working on pieces of Cloud Foundry. So it’s an opportunity to develop my dev chops again.

Soundcloud – The only way I can describe it is Twitter for audio. I’ve only used the basic recording functionality of their service (my profile) and do listen to a few podcasts that are hosted by them.

Their interview process felt a bit more ad hoc compared to Cloud Foundry. After the initial screening interview with Chris, who I would correspond with during the whole process, there was a developer assignment.

I had a blast working on the dev assignment! I had the luxury of not having a job so I got to spend a decent amount of time on it. I’m unsure about my code, but what I enjoyed was the process of how I grew the solution. Something that you can’t really demonstrate with a code submission. A pairing interview would have been nice so I could better get to know how they work on a problem. I never did get any feedback on my submission. It would be nice to receive some just to get a better feel for how they review code and deliver feedback.

After that I had a few more interviews more related to the role that they had envisioned I would fill and that would be a member of the Continuous Delivery team. When I heard that my reaction was on how that’s a bit of an anti-pattern. After discussing it with them, I could see the team that they have formed aligns very much with I would do if I were asked to create a “Continuous Delivery” team. It was great to see a bit of a shared mindset.

The location would be in Berlin, and the pay also reflects that. Though the cost of living is lower. I’ve visited Berlin twice and really enjoyed the city. I only know a handful of people there, but it is closer to people I know from all around the area. The beer culture is definitely a huge plus, and can be great if I meet up with beer brewers in the community. Being part of a CD team that’s breaking down a monolith should provide some valuable experience and put me in a position to practice a lot more than I preach.

What Did I Choose?

Both opportunities aligned well with my rules and manifesto. After a week of thinking (cough over-analyzing) about it, I decided to accept the offer from Soundcloud! That means I’ll be moving to Berlin in January 2015.

My mind kept flipping back and forth. Initially I thought for sure I was going to Cloud Foundry. I had already told friends that I was going to San Francisco. The professionalism of the interview process had me convinced that’s where I would be most comfortable.

One of my best friends taught me a trick when it comes to making choices. Flip a coin and assign each choice to a side. Treat the coin as if it’s deciding your fate. If what results makes you feel joy and happiness, that’s the right choice. If you sort of deep down wish that the other side won, then you pick the other one. She suggested it with this decision and I chickened out. Though what I ended up doing had the same result. I created a poll and posted it on Twitter. It didn’t really matter what the results were, but I noticed something. One, I voted for Berlin. Two, I was cheering on Berlin while the votes were coming in. 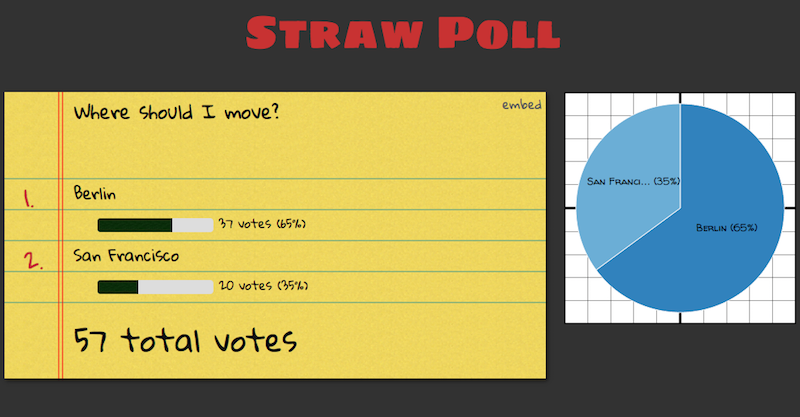 Choosing What Scares You

Learning a Language (That’s Not a Programming Language)

I have a hidden life goal of learning a second language. When I was a coach at ThoughtWorks University I had some tough experiences with learners that did not speak English as their first language. I want to feel and understand better what it’s like to speak another language. There’s a lot of potential for transfer of knowledge (ooh, applying my Learning how to Learn lessons already) when translating. SoundCloud provides German lessons as a benefit and I plan on taking advantage of that perk.

Nearly the entire F1 calendar is accessible from Berlin! I can continue fulfilling my other life goal which is to attend all F1 races in my life time. These are the tracks that I can reach by train or a short flight that I haven’t attended yet: Monaco, Sochi, Abu Dhabi, Bahrain, Spain, and Austria.

This leads to another life goal. To break off from technology and have a business in the beer domain. In my Evernote journal I had a grade on each company/location on beer alignment. Of course both locations are exceptional locations for a beer fan. San Francisco had a bit of a higher score because I know people there that do home brewing. I’m sure I can find a home brew community in Berlin.

Working in the music/audio domain! At CBC it was awesome being surrounded by music nerds. Sorry, but I’ll choose music nerds over tech nerds. Especially as my interest in the tech world is diminishing.

So many travel opportunities being in central Europe. I hope to visit my relatives in Ukraine and friends in Switzerland, England, Turkey, Czech Republic, Germany, and Hungary. With 5 weeks of holidays I’ll be exploring and visiting as much as possible.

Also, a part of me doesn’t want to live in the USA. Cloud Foundry is also in London, but I would want to be at the hub of the product development which is primarily in San Francisco. There would have been an option to move to London after a year though, but my decision making was based more on the immediate change.

Show Me the Money

At first I was really concerned about how much less SoundCloud offered compared to Cloud Foundry. I took a look at a cost of living website and calculated that to get the equivalent of an SF salary in Berlin, it would have to be 56.3% percent (eg: making $56,300 in Berlin is equivalent to $100,000 in SF). Comparing the salary I was offered it’s at 55.7%. So it’s a little bit lower, but not as crazy low as I thought.

It did take me on a tangent and wonder why we tend to care so much about salaries (I really wish salaries were public, I don’t keep mine much of a secret). My hypothesis is that your salary is a concrete tangible thing, whereas how much you spend is harder to determine. If you’re in Berlin making $56,300 and spend $50,000, then you’ve save $6,300. If you make $100,000 in SF and spend $95,000, you’ve actually saved less. Unfortunately figuring out the amount you spend is left to discipline around budgets.

This means I’m joining a company that is becoming more tied to the big labels and entering the advertising space. I’m hoping to learn more about how this system works so that I can learn to be a more educated critic.

I just reread my post from the beginning of this career break. This post and that one seem to align really well and it gives me comfort in my decision. I really love the cadence my life has had for almost the last 20 years. Keep an eye here for my next steps 5 years from now. Wish me luck!

Looking for work? Both companies are still hiring: