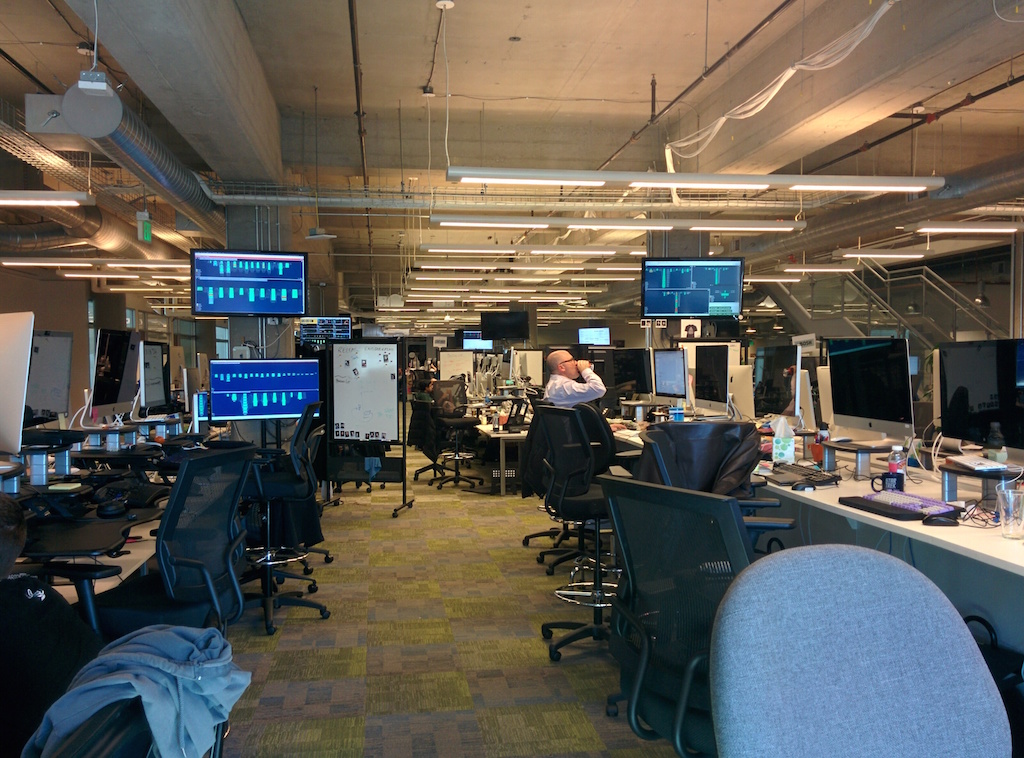 It’s been a while since I’ve posted a “life update”. The TL;DR is that I have joined Pivotal Cloud Foundry in January and will be moving to Dublin in June.

Reflections on Berlin and SoundCloud

My guess is the most frequent question about this is: what happened? When I posted about my decision to move to Berlin and join SoundCloud it appeared that I had found something I really wanted to do. Looking back at the post you can see subtle hints of doubt, but went with the option that seemed a little more risky. In the end, the risk was worth it as I learned a heck of a lot!

Not So Awesome Stuff

What Triggered the Change?

The funny thing is when I explain the work I was a part of in SoundCloud many folks wonder why I would ever leave. The technology was interesting and we had a lot of autonomy. This was true, but when it comes to work, I’m a process over product kind of person. After a few events occurred I felt the urge to explore my options. I reached out to Mathew Kocher and he said that the offer from a year ago still stands! After living in Berlin, I didn’t have much desire to leave the city let alone move to North America. He encouraged me to go to London and go through another round of interviews.

In London I had a fantastic day of pairing interviews then a good evening out with Tammer Saleh. We discussed many things about the industry (he later was a receipient of my link bombs that I often send out after an evening discussion). I was definitely engergized about the experience but still wasn’t decided. A few weeks later, many people came to Berlin for the Cloud Foundry Summit and there was a chance to meet some more people. I expressed that I love Berlin a lot, and that I wasn’t ready to leave Europe. Then the option of Dublin came up. It would allow me to go to SF for 3 months and move to Ireland in the summertime. If I do want to do consulting again, there’s a Pivotal Labs office in Berlin.

The energy I had after the pairing sessions still was on my mind. I learned that the 3rd pillar of the company is to “Be Nice” and the people I interacted with definitely seemed to espouse this value. After a few more days of discussing the contract and some e-mail back and forth, I gave my notice to SoundCloud and accepted the offer from Pivotal.

So What is Happening Now?

It’s quite common for companies to have a 2-3 month notice period. So I had 2 months to finish up my work at SoundCloud and then figure out the process for a Canadian living in Germany soon to be employed in Ireland but going to begin work in the USA. I’ll spare the details, but I managed to get my passport the day before going to SF.

After 3 weeks I’m feeling quite good about my decision. I’ve been pairing every single day and really enjoy the people that I’m working with. There’s a strong diversity initiative as well, so hopefully the demographics of the organisation will be just as good as ThoughtWorks. The applications for Cloud Foundry are more large scale and focused on the Enterprise which I’ve learned is an area that I’m much more interested in (as opposed to start up products).

Since I’ve “lived” in SF before I’m not feeling very rushed. I’m spending my days as I normally would with meeting up with friends periodically dotting my calendar. I’m excited about living in Dublin even though I’ve never set foot in Ireland before!

Even my back is feeling a bit better. I managed to do 2 3k runs this weekend. :–)