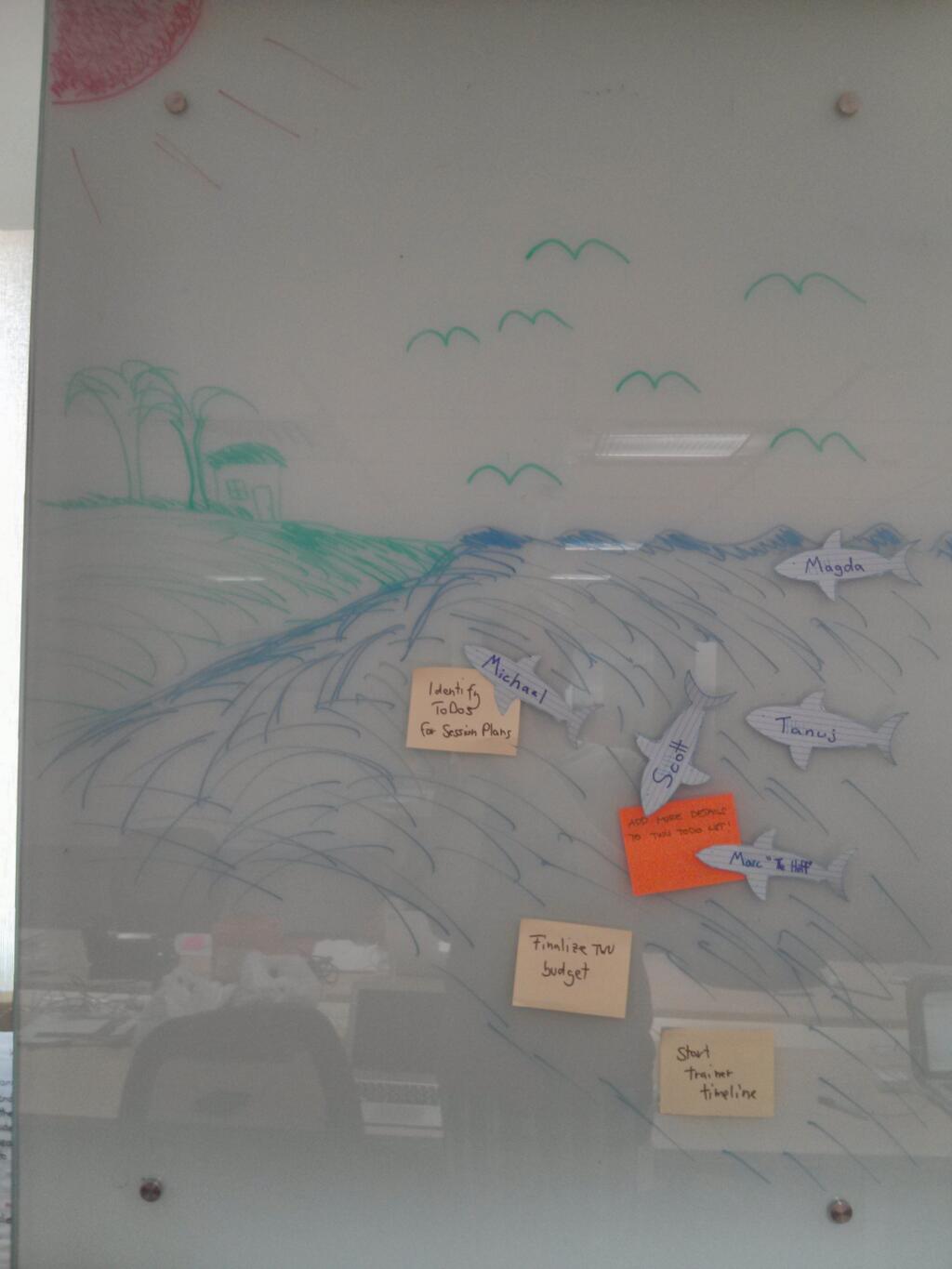 No, this is not an April Fools joke. This was something that was actually implemented.

After ThoughtWorks University was over we had a backlog of work items that needed to be done before we all went back to billable work. I wanted to put up a Kanban board with 3 columns (TODO, WIP, DONE) to track the work we needed to do. A question popped into my head; is 3 columns the minimum number necessary?

Michael Fait, a colleague of mine, challenged this notion saying:

First, we can get rid of DONE. Just rip up the card.Second, we can remove WIP by putting stickies with names on them on the cards being worked on.

Then we wanted to consider priority, so we had the most important things float to the top. Less important items could not float up until the top ones were removed. “Like a fish tank!”, one of us exclaimed! The metaphor went crazy from that point forward. Somehow we introduced sharks and they live near the surface eating all the meat (tasks) that float to the top. Pairing is represented by sharks eating the same piece of meat. If a shark is out, then they hang out on the beach.

Make Your Own Shark Tank